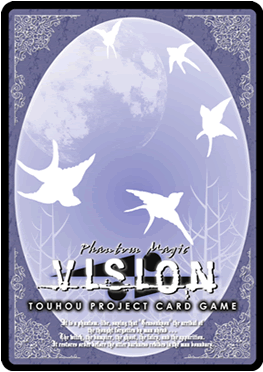 A "Node" card isn't really a type of card; during the player's Main Phase, they may take one card from their hand and place it face-down in their Node Area. The player may not use it for interference. When a Node is played, they go into the Node Area in the Active state.

The below example shows an action of 1 cost being performed. Note that when you perform an action, a single Node can only be used to pay 1 cost for that action. When paying costs, decide beforehand which Nodes to pay it with, and either put them to Sleep or destroy them all at once.

1. A Node in the Active state goes into the Sleeping state.

2. A Node in the Sleeping state is destroyed.

Retrieved from "https://touhou.fandom.com/wiki/VISION_Phantom_Magic:_Nodes?oldid=138232"
Community content is available under CC-BY-SA unless otherwise noted.