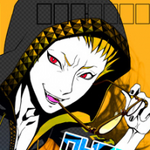 Hi, welcome to Touhou Wiki! Thanks for your edit to the Patchouli Knowledge page.

Thanks for the full artwork for the characters. It gives some details that you normally can't see. For example, Utsuho's fun facts mention her concrete encased leg and the atom circling the other leg. But there really wasn't anything on the site to show that. Hopefully now there will be. And it's not like the portraits can't be seen by scrolling down to see the profiles. But I think the best thing is having the actual art to fully see the character design. For people who like drawing, it's great to see the full outfit. TheWP 12:45, October 21, 2009 (UTC)

This is actually something I've been wanting to do for a while now, but rather than just the topmost profile picture, I wanted to change every single one(that is overwrite those already there)*. I think a standardised width would be in order tho, something similar to the pictures already there, otherwise it would look messy.--Umhyuk 17:04, October 21, 2009 (UTC)

To be honest, I only have the artwork I've managed to find on the internet- on Japanese websites and forums and such, and right now I'm working on a way to rip the images from the games, so I might be able to get the artwork for every character, from every game Embodiment on-wards. At the weekend (Saturday night, Sunday morning) I'll be able to upload and maybe find more artwork from the games. Oddly there doesn't seem to be the full artwork for Nazrin anywhere on the 'web, however there is for all the other U.F.O. characters. xD I'm also hopping I can find a way to rip the sprites/sprite animations, but that's another story. xD I'll keep looking on the web for more artwork. Glad people liked what I did. c: ~~Takoto 17:34, October 21, 2009 (UTC)

I want to say good job, first of all. Anything positive I have to say is already covered by the other two, so no need to beat a dead horse. The only criticism I have is with the file names. Not like it's really a big deal, but a file name like 2c7209f43c0d28a0377f902c33960cd3.png doesn't really have any meaning and kind of brings into question the quality of the wiki. The names of the UFO characters' files work nicely though, IMO. jpp8 19:38, October 21, 2009 (UTC)

Do you have any full portraits of Yuyuko/Okuu/Yukari etc.? It seems you don't bug with characters that have 2+ portraits.

I have one of Yukari's full portraits (I believe it's her original one), however I've been looking everywhere for both Okuu's and Yuyuko's (as they're two of my favorite characters...), I'll add Yukari's in a moment. *is looking for other characters portraits*. Oh and the reason I haven't uploaded characters who have artwork from S.W.R. is because the website I sometimes find full Touhou art on has their most recent picture, so if they have been in a game since their original debut, it's a little hard for me to find their artwork. ~~Takoto 13:02, October 25, 2009 (UTC)

I'll go ahead and add Okuus, then.

Search shrinemaiden.org for "Drake's Projects" The thread contains image dumps with clean neutral state profile pictures, in addition to sprite rips for Koakuma and Daiousei. But please resize them to a standardised width when using them in the character pages, right now they are starting to look really messy.--Umhyuk 17:49, October 25, 2009 (UTC)

Retrieved from "https://touhou.fandom.com/wiki/User_talk:Takoto?oldid=81401"
Community content is available under CC-BY-SA unless otherwise noted.