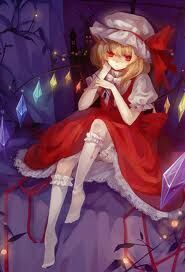 My name is Sabrina McKenzie and I am a Touhou fan. One of my favorite characters is Flandre Scarlet. One thing I like about Flandre is her theme song, especially the remixes and vocals.

Apparentlly, ZUN never knew anything about Hopeless Masquerade. BTW, he did a great job with Touhou Project, along with the rest of the Team Shanghai Alice members.

I was born when Lotus Land Story and Mystic Square was released, both the demo and full versions. 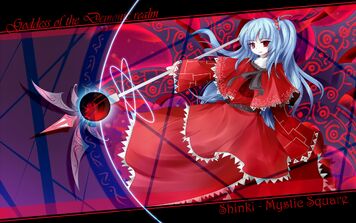 Starting from Marine Benefit and so on.

can call forth whirlpools

(Self-appointed) Ability to foresee the future (Originally, ability to walk on water)

Princess of the Dragon Palace

Manipulation of cause and effect