Windows 7/8/10
Touhou ~ (東方剛欲異聞 ～ 水没した沈愁地獄) is the 17.5th official installment of Touhou Project. This is the seventh official crossover game between Team Shanghai Alice and Twilight Frontier.

"Black water gushed out onto the surface. The water released an odd odor and was hard to get off once it stuck to your body. It was not something that you could use as your everyday water.

"But when the people thought it was over, it still floated above the water and put a strain on the people. Atop the drinking water, the beautiful streams, hot springs at rest spots...... Regardless of the location, the black water gushed out." 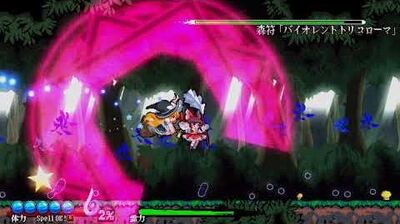