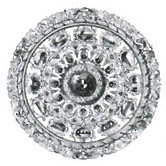 ^  This phrase might be derived from a part of story of Xiyouji: Sun Wukong is scolded by Gautama Buddha for resting several for deity's sanctions; he boasts proudly to him that he masters all the 36 mystical arts and is able to fly one hundred and eight thousand Li (approximately fifty-four thousand kilometers) in an instant using Jindouyun("Cloud Somersault"). Buddha, in answer, asks Wuking to escape his right palm. Wukong laughs, and flies with Jindouyun. Finally he reaches five pillars of red meat which he thinks marks the end of the world, then makes his mark and urinates on them. Upon returning, Buddha shows his hand; at the root of his finger is Wukong's signature.

Retrieved from "https://touhou.fandom.com/wiki/The_Grimoire_of_Marisa:_Ran_Yakumo%27s_Spell_Cards?oldid=177730"
Community content is available under CC-BY-SA unless otherwise noted.