The article reports of Sakuya sneaking into Marisa's house and stealing various objects with the intent of building a rocketship to travel to the moon. Sakuya explains her odd behavior by claiming she is only carrying out Remilia's request.

In the interview, Aya asks to speak to Remilia to find out why she wanted those items, but in stalling Sakuya, she is late in delivering tea to Patchouli, who arrives to see what the hold-up is. Patchouli explains that they were going to use the items for a magic spell which would send them to the moon, but it ultimately proved useless in the end. The interview ends with Sakuya inviting Aya to join them for tea-time. 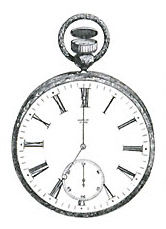 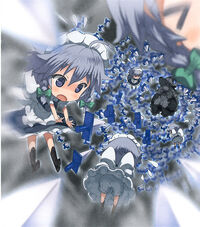 Retrieved from "https://touhou.fandom.com/wiki/Sakuya_Izayoi/Book_Synopsis?oldid=159270"
Community content is available under CC-BY-SA unless otherwise noted.