In the article, written half a month after the Scarlet Mist Incident, Aya describes the mist, as seen from the skies above Gensokyo. Curiously, variations in the density of the mist formed the shape of a pair of angelic wings. In addition, a rainbow composed entirely of red was formed by the light refracting through the mist. Although she recognizes the inconvenience posed to humans, Aya emphasizes its beauty and encourages everyone who can to observe the mist from the skies.

In the interview, Aya asks Remilia about the phenomena she observed from the air. Although Remilia is as bewildered as Aya herself, Patchouli Knowledge drops in during the interview and explains that the rainbow is similar to an ordinary rainbow, but the peculiar composition of Remilia's mist renders it scarlet. After puzzling over the wings, she concludes that the pattern was simply the shape of Remilia's hands as she released the mist. 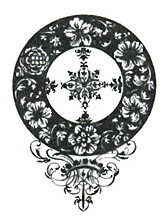 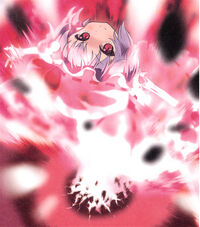 Retrieved from "https://touhou.fandom.com/wiki/Remilia_Scarlet/Book_Synopsis?oldid=179922"
Community content is available under CC-BY-SA unless otherwise noted.