Reisen is one of the legendary lunar rabbits; she fled from the Moon to Earth as a refugee from the "Lunar War" between the two worlds that began in 1969 A.D. after the Apollo 11 "invasion". Making her way to Gensokyo she was surprised to meet the notorious fugitives Kaguya and Eirin, and asked for asylum in Eientei. In exchange, she works for and protects Kaguya and Eirin.

During Imperishable Night Reisen hid within Eientei to avoid any lunar emissaries that might arrive on Earth and force her to return to the Moon. She was tasked with sealing the doors inside Eientei to ensure that Kaguya could not be found by the emissaries either. She used her power of insanity to stop the heroines from invading Eientei, but was defeated. Reisen's power of insanity comes from her eyes; she uses them to refract and twist waves, disorienting and confusing her victims and deceiving them with frightening illusions.

Perhaps ironically given her insanity-inducing powers, Reisen seems to have one of the more stable and balanced personalities in Gensokyo. In Phantasmagoria of Flower View she worries about Tewi running off and seems more level headed than most other characters. Although she doesn't know what's causing the flower incident, she's decided to investigate by going wherever the flowers are blooming.

During the events in Scarlet Weather Rhapsody she appears in the Scarlet Devil Mansion to ask questions but is beaten by the furious Mistress. Later she inquires into the fate of the Hakurei Shrine and asks if the earthquakes are still going on. Failing to find clues, she later goes to Hakugyokurou to check its condition and to ask Yuyuko about the Shrine's destruction. She tells her about the "completion ceremony" of the new shrine, but when she goes there, the shrine is destroyed. She also meets Yukari, who forbids her to investigate the shrine. Some time after the battle with Yukari, Tenshi suddenly appears and tells Reisen that earthquakes are just "fine".

Also, in Silent Sinner in Blue, her previous owners, the Watatsuki sisters, named another Moon rabbit Reisen after her.

The Rabbit Horn League, led by Reisen, crash the Hakurei Shrine's annual banquet, though apparently with the intent of participating instead of making trouble. However, upon discovering the banquet's main dish is rabbit stew, they start a protest. A compromise is reached, but Aya's not entirely satisfied with the results. She and Reisen end up trading lightly veiled insults and threats for half the interview. 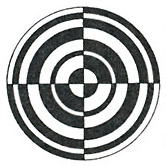 Retrieved from "https://touhou.fandom.com/wiki/Reisen_Udongein_Inaba?oldid=121324"
Community content is available under CC-BY-SA unless otherwise noted.