A Setsubun (Hot-Bean-Throwing) Festival has been staged at the Scarlet Devil Mansion, revealed to have been set up by Patchouli. Upon being questioned regarding this strange festival, amidst the chaos of the Mansion's staff, Patchouli seems to think it ridiculous that Aya would call it "out-of-season"; Patchouli regards the festival as a means of Strengthening the Mansion against the Oni. When asked why, she simply responds that it never hurts to be prepared.

At an unspecified later date, Aya interviews Patchouli in her library, and the two have a relatively pointless conversation regarding the festival until Aya asks if any Oni have been spotted. Patchouli then discusses the Oni with Aya, addressing their weaknesses, and explains the significance of Setsubun in relation to the Oni.

She ends the interview on a note of her own weakness, stating that she hates the sun as it damages her books and messes up her hair. 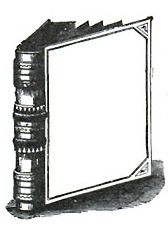 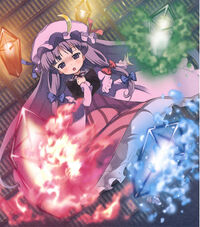 Retrieved from "https://touhou.fandom.com/wiki/Patchouli_Knowledge/Book_Synopsis?oldid=172866"
Community content is available under CC-BY-SA unless otherwise noted.