Cirno is an ice fairy. While she is described as a weak boss in the Touhou series, if we consider the power of average fairies - who appear often as regular enemies - we can certainly say she is exceptionally strong for her kind. Her personality is childish, as you might expect from her appearance, and she is sometimes considered stupid.

During the events of Embodiment of Scarlet Devil, she attacked the player, who was just passing by, out of instinctive aggression. She was helplessly shot down.

In Perfect Cherry Blossom, she returned to take revenge for her previous fight, but was only a mid-boss and was easily defeated like one...

In Phantasmagoria of Flower View, Cirno aimlessly wanders about, apparently unconcerned by the flower incident for any reason other than the flowers being something else for her to freeze and play with. Through her dialog, her true childish nature is revealed, leaving no doubt that she really isn't smart at all. She really wasn't meaning to do anything but play games.

In Touhou Hisoutensoku, Cirno is intrigued by what she believes to be the great Daidarabotchi, hoping to tame it so that she won't be afraid of anything anymore. She shows more intelligence than in the previous game, as she has lost her habit of starting fights and admits that she is incapable of defeating the Daidarabotchi if it lives in the hot spring's boiler, since it is too hot for her.

Cirno's hobby of freezing amphibians goes too far when she encounters a giant toad out for revenge (also see Perfect Memento: Giant Toad's Pond.) She is swallowed whole, but manages to escape when she freezes the giant toad's insides. In a statement to the newspaper, she claims that she doesn't freeze frogs for fun, but for "ice training"; Aya doesn't buy it.

The interview consists mostly of Cirno complaining about the contemptuous tone of the article. 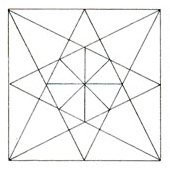 Retrieved from "https://touhou.fandom.com/wiki/Cirno?oldid=124970"
Community content is available under CC-BY-SA unless otherwise noted.