Iku Nagae is a messenger of the Dragon Palace, whose job is to observe the daily mood of the atmosphere. She somewhat questions why humans and youkai fight/duel as a part of their daily life. During the events of Scarlet Weather Rhapsody she finds out that a strong earthquake is going to occur in Gensokyo, so she decides to warn the residents. Afterwards, Yukari tells her that the culprit is hiding in the Hakurei Shrine. She then goes back to the shrine and finds Tenshi, who has just inserted a keystone to prevent the earthquake. Iku questions this and thinks of Tenshi as having been "spoiled a bit too much", so she decides to punish her. 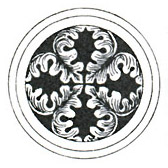