Wriggle is a firefly with the ability to control other insects. She likes using her ability to direct concerted performances for her own amusement. She also likes using it to attack humans who underestimate her significance or the importance of insects in general; she seems to take it personally when someone offends insects.

During the events of Imperishable Night, Wriggle attacked a pair of travelers that looked like they would be easy targets, but the pair fought Wriggle off without breaking a sweat.

Summary of the article goes here. 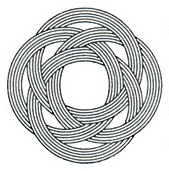